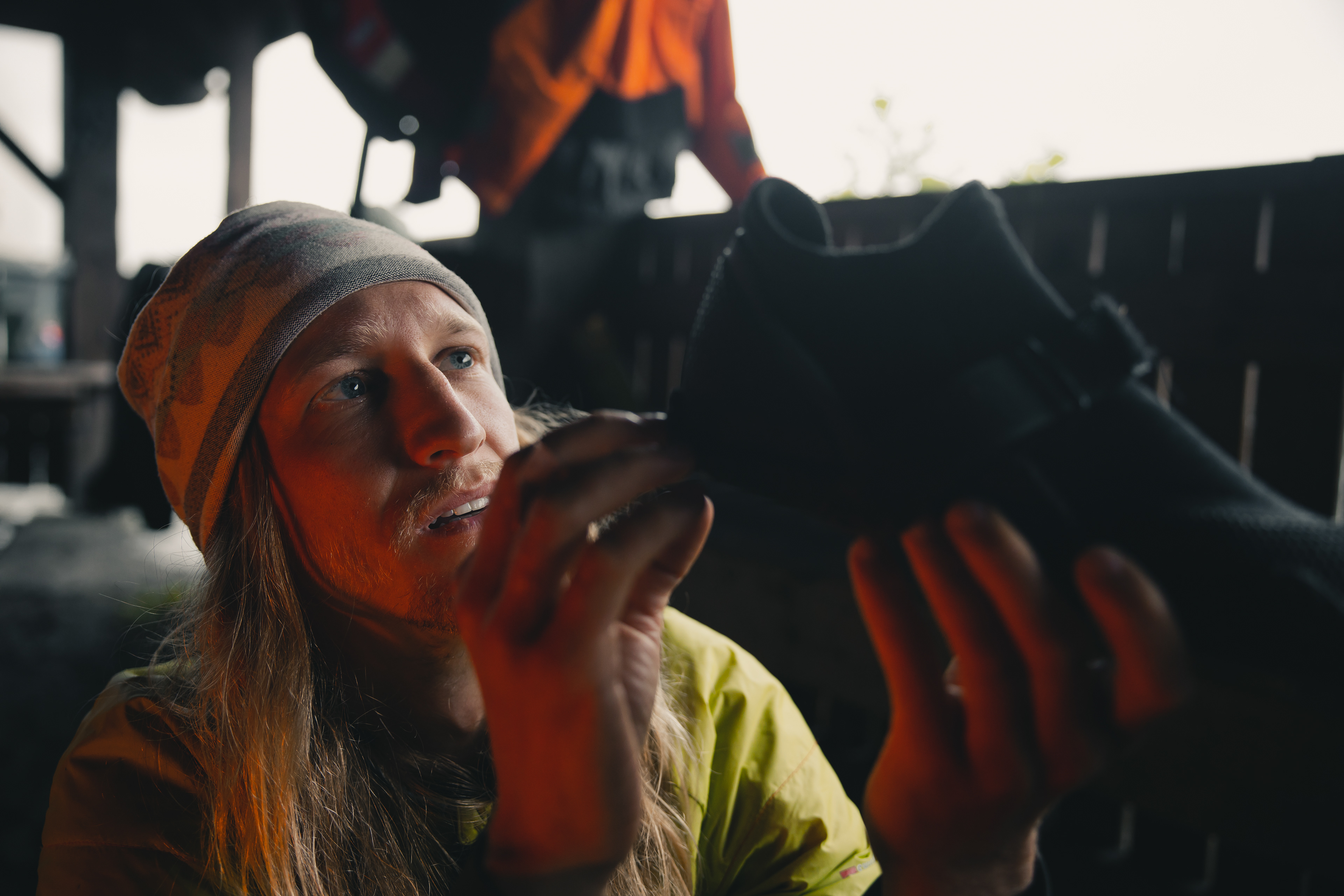 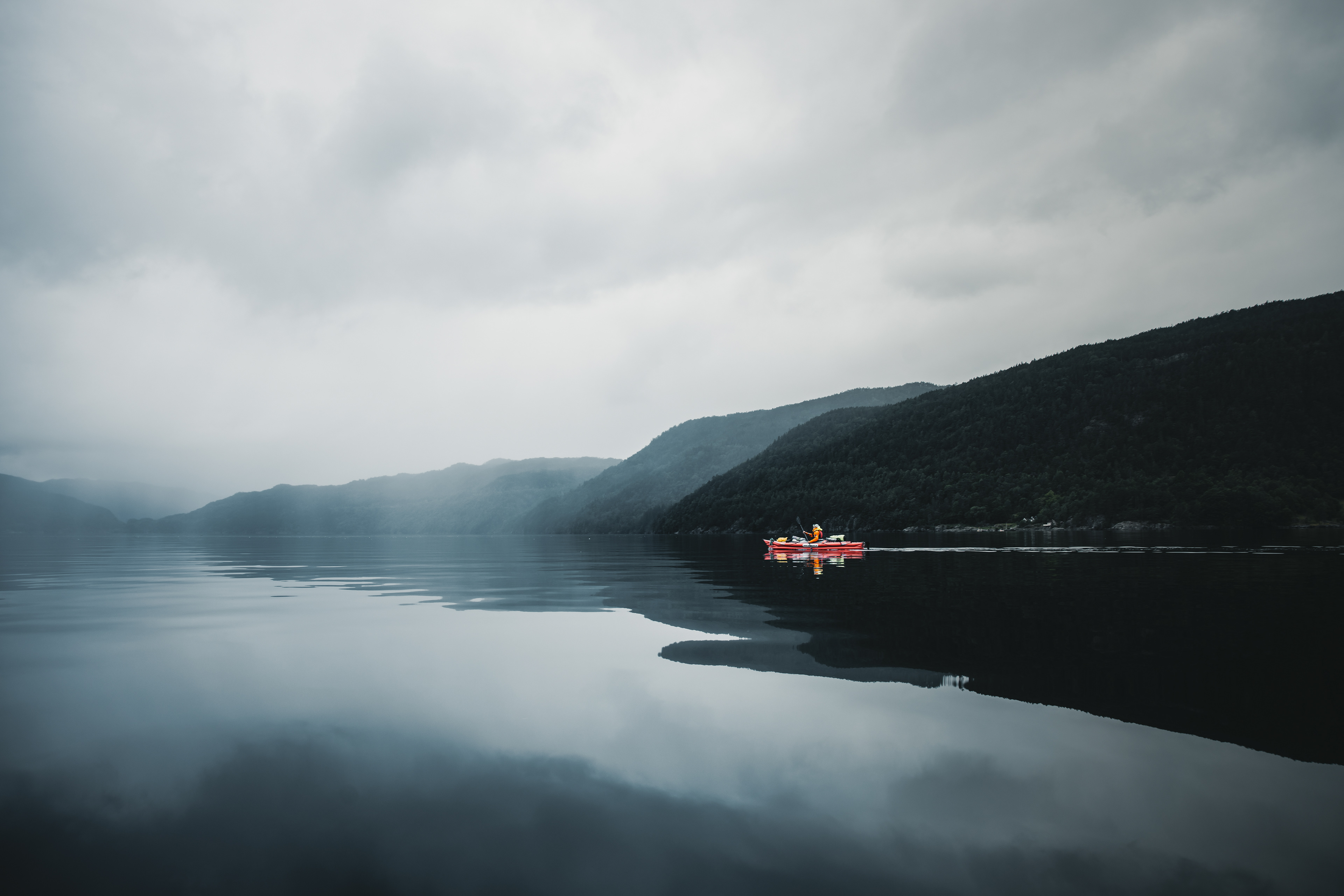 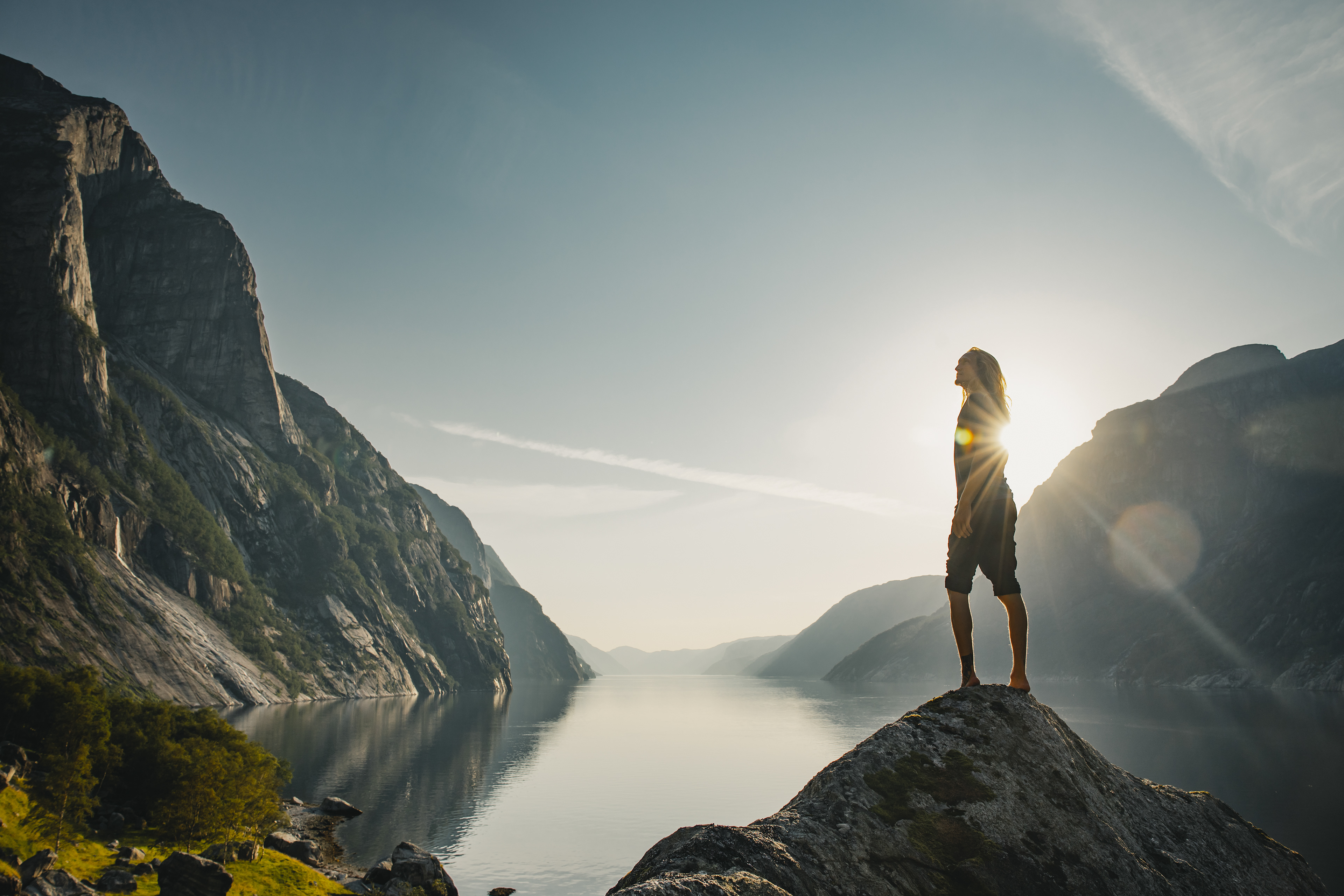 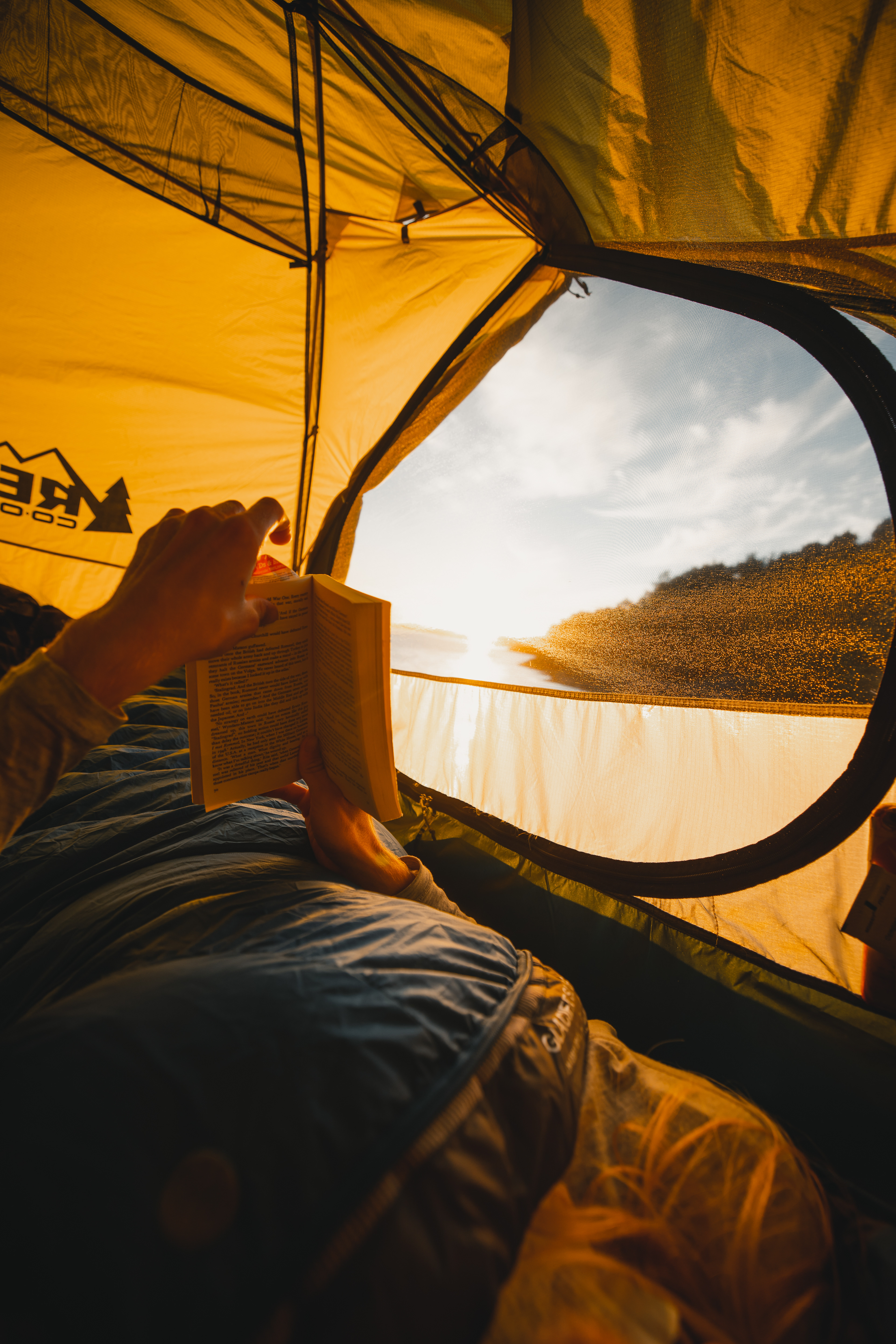 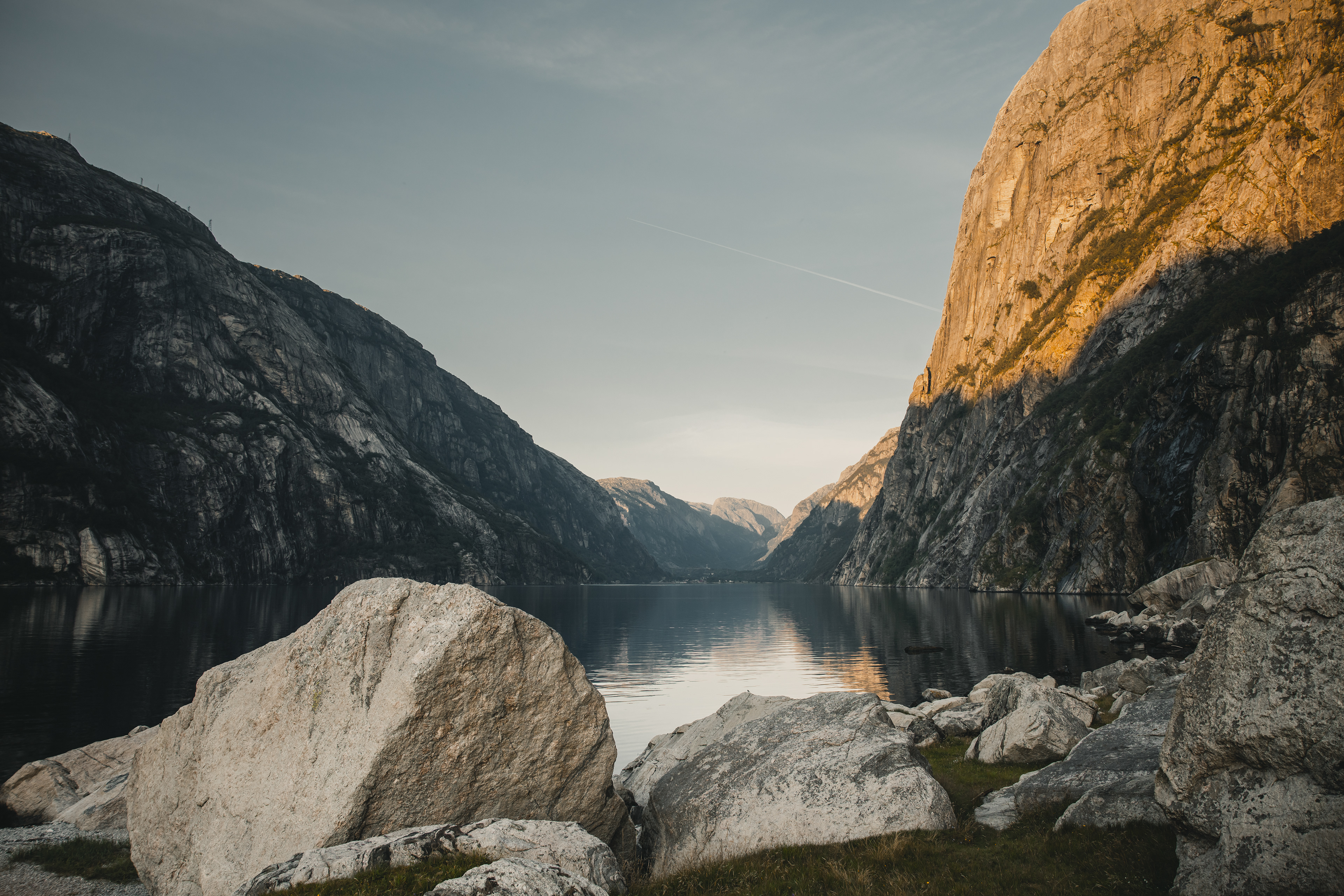 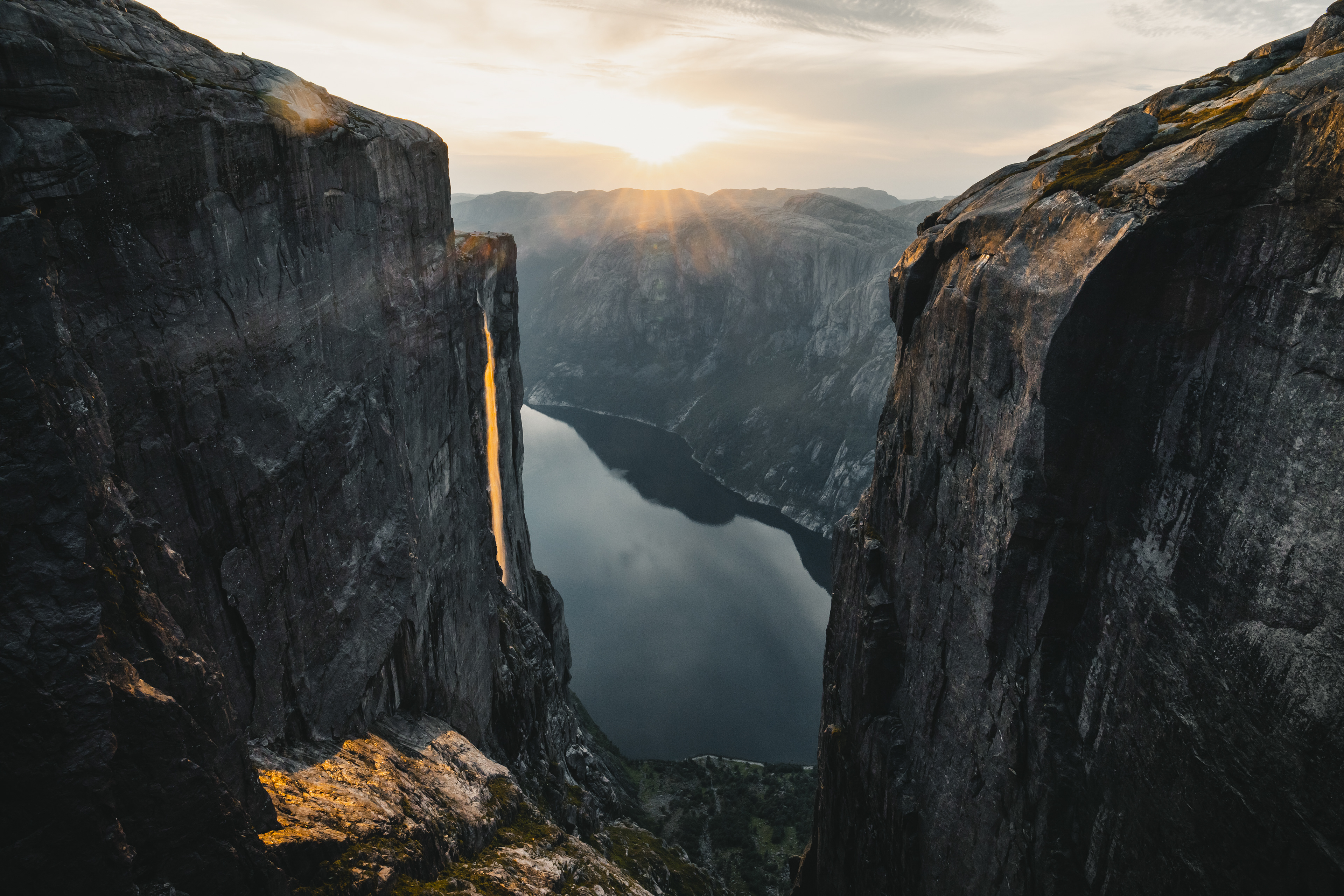 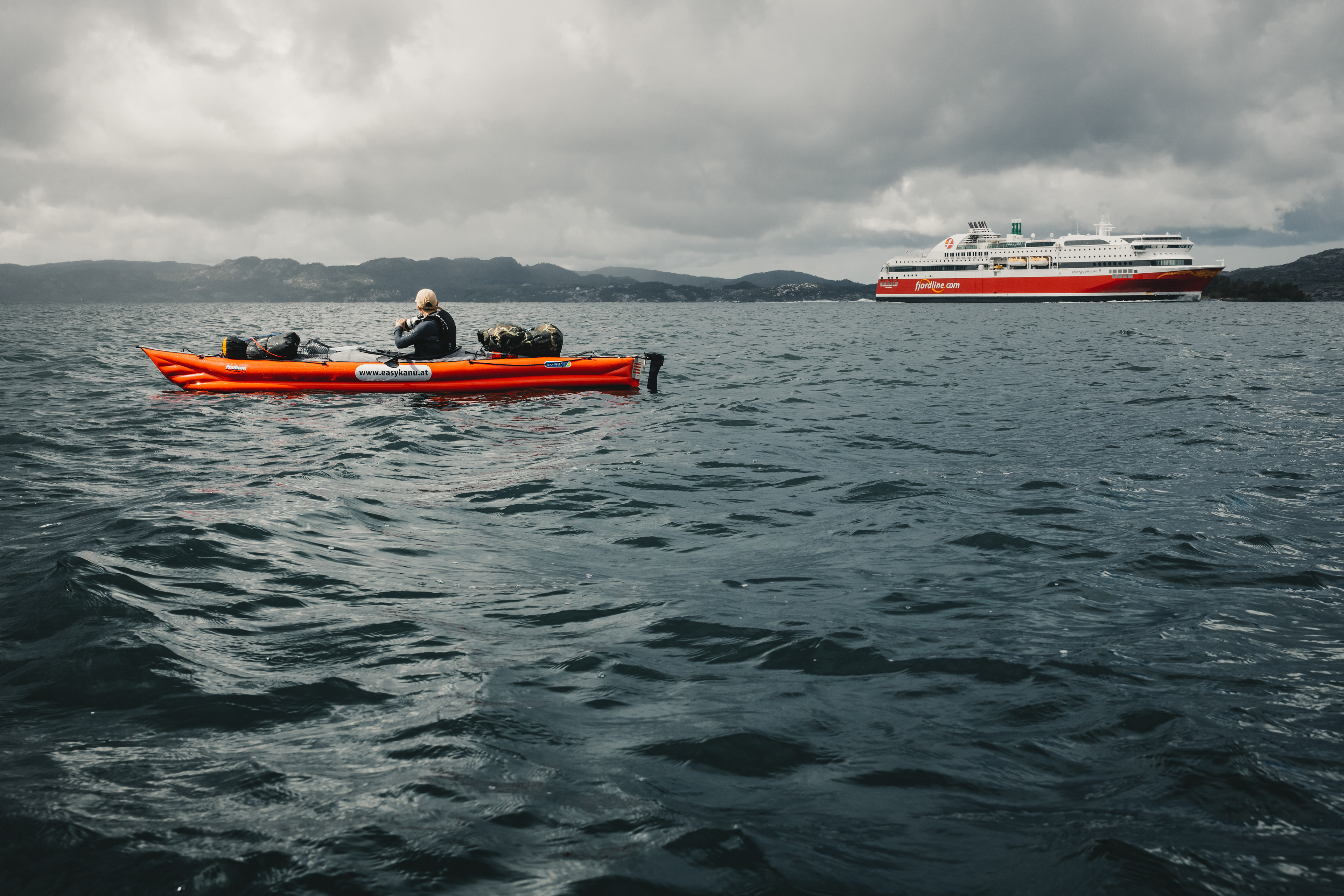 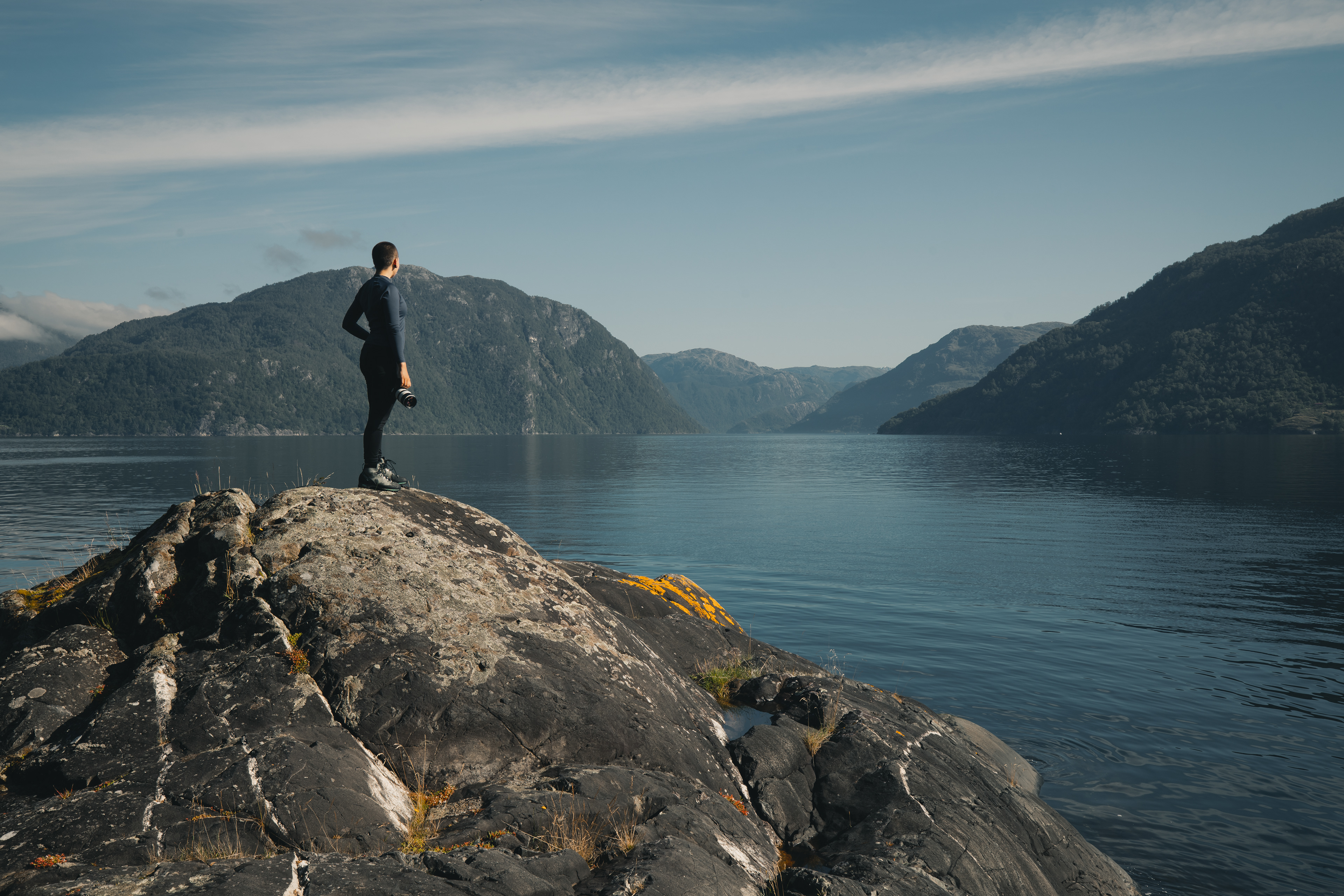 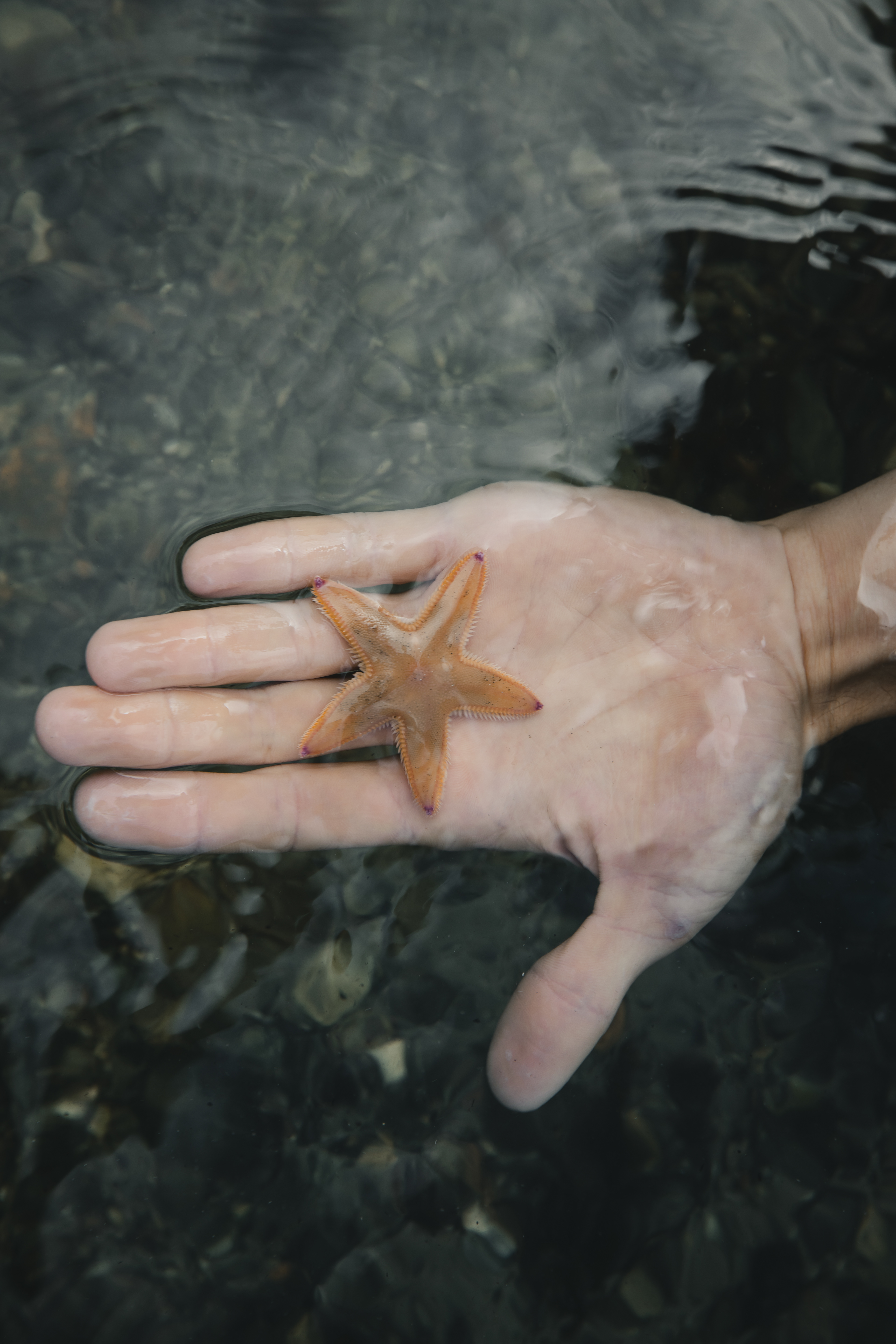 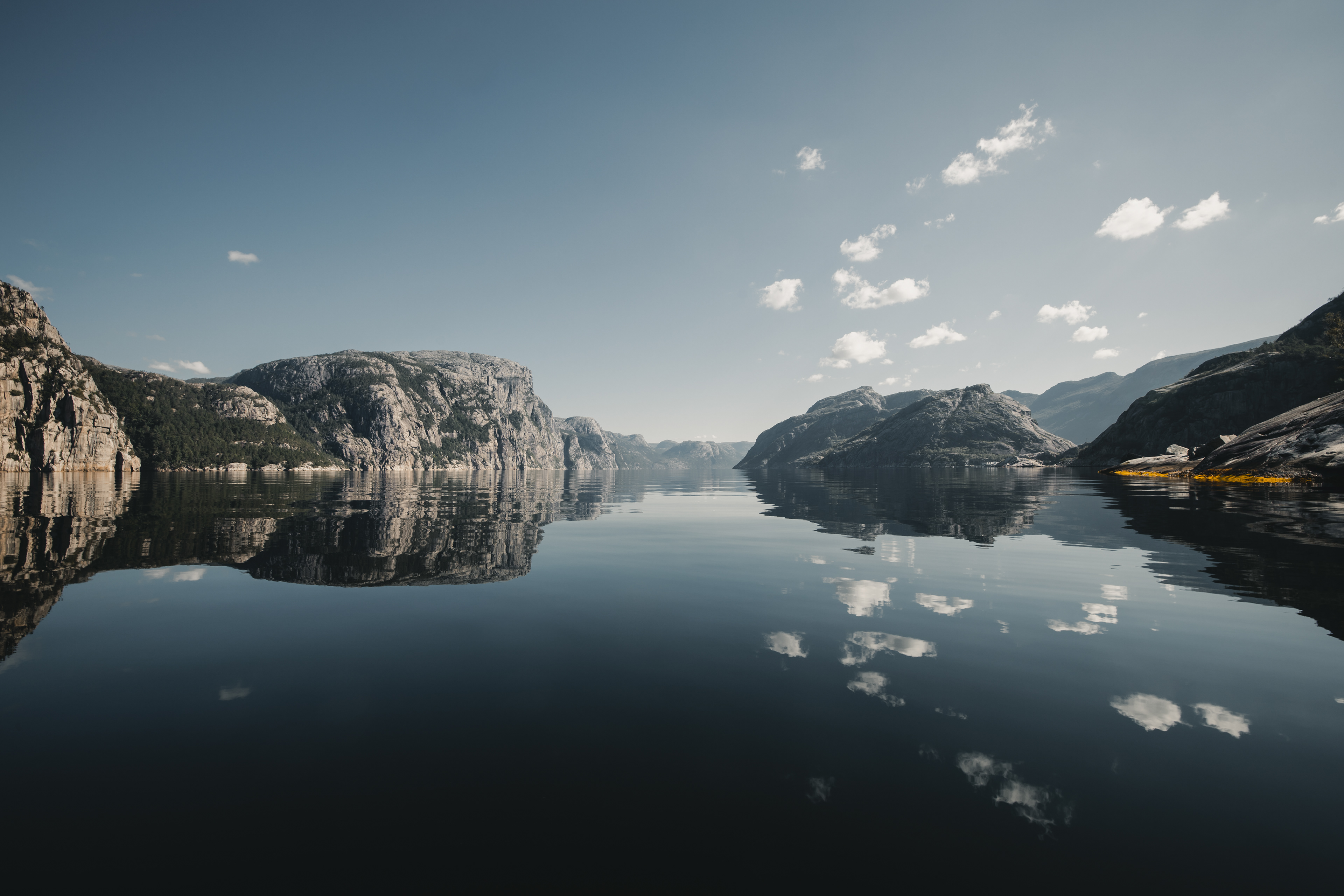 The project "Paddling by train" revolves around climate-conscious travel and sustainable adventure. It is possible to have experiences like this without traveling plane.
Going on a kayak adventure by getting on a train seemed like a contradiction in terms, but in the summer of 2020 a lot of planning and unpredictable changes turned into an unforgettable journey. We were drawn to the north, in one of the most breathtaking areas in Europe.
In a journey through landscapes that, despite their similarities, could not have been more different: from bay to bay, from island to island, from fjord to fjord, a variety of eye candy was revealed, in places so numerous that we were caught in amazement.
Wind, rain, waves and sun were our constant companions from Bergen to Lysebotn (Norway): from the smallest breeze to awe-inspiring gusts. From scattered drops to seemingly endless effusions. From rejoicing swings to a nutshell at sea.
We were given the honor of getting close to animals that brought us out of our concept in such a way that mostly afterwards, surprise turned into fascination. Whales, dolphins, seals and eagles became familiar and accompanied us down south.
In addition to many impressions of absolute overwhelm, an adventure could hardly be named as such without demanding situations. In these moments we were welcomed with open arms and supported as much as possible. Encounters turned into friendships and every dilemma is our best story now.
After almost a month of paddling, we are richer in countless experiences, photos and video recordings. We want to relive this with you and take you into a world far away from everyday life. To places whose soundtrack is the screeching of seagulls and where the roaring sea reminds you of how far you are away from home.
Below you will find information on why we decided not to travel by plane.

Thanks to our partners, without them this project would not have been possible. 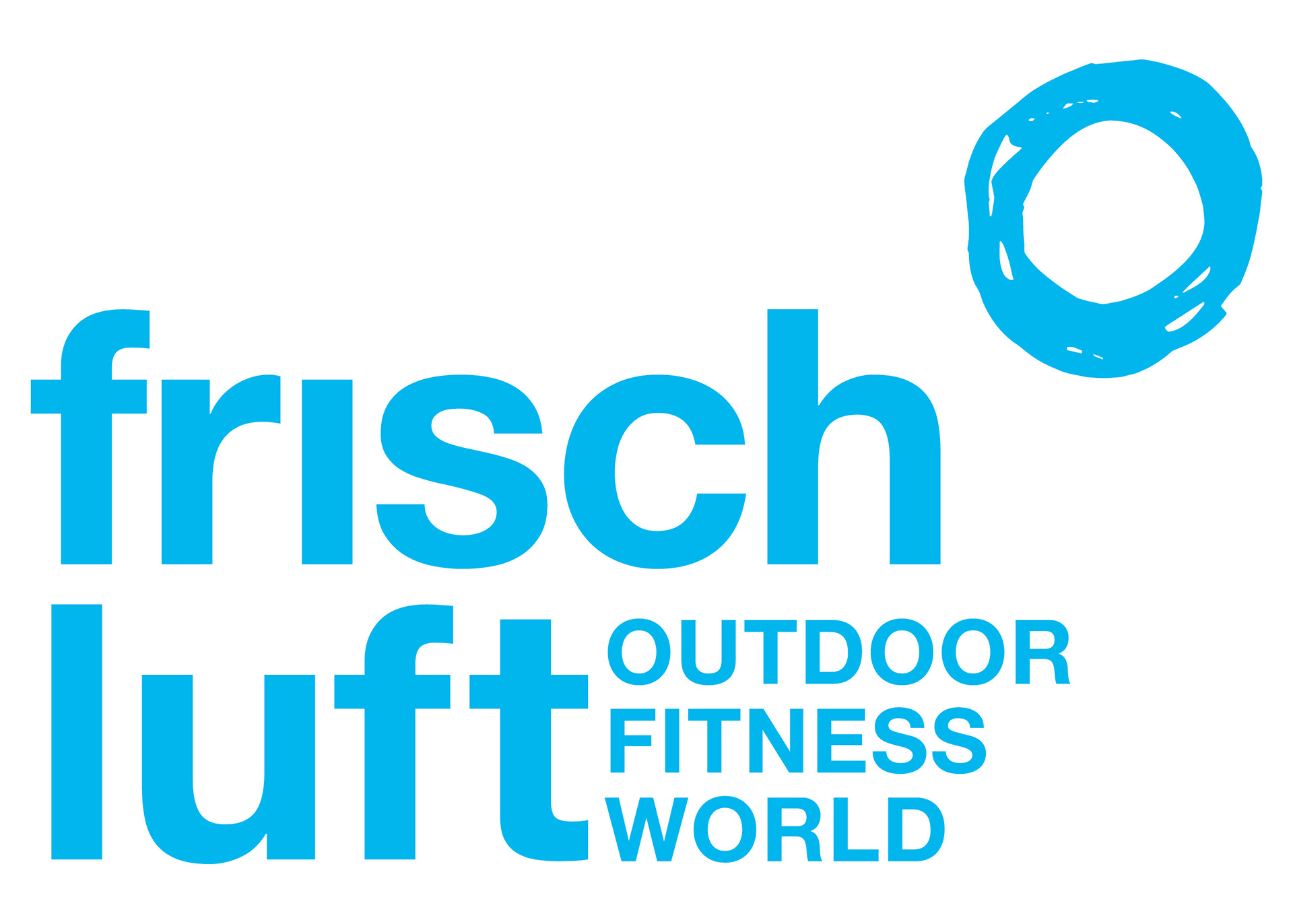 Why didn't you just fly by plane?
We want to preserve the environment and climate for the next generations. If the global warming limit is exceeded, the consequences of climate change can no longer be controlled. All 195 member states of the UN Framework Convention on Climate Change agreed to this goal in the 2015 Paris Protocol. (1)
According to the current greenhouse gas balance, the Austrian target for 2019 was not achieved. The actual emissions of these sectors are around 50.2 million tons and thus around 1.9 million tons above the target value of 48.3 million tons valid for 2019. (2)
The European Union has now also set on a new target for 2030. Greenhouse gas emissions are to be reduced by at least 40 percent compared to 1990. (3)
From today's perspective, Austria will clearly miss these climate targets on the basis of the binding measures implemented so far and must expect a compensation payment of over 9 billion euros. Austria has had problems in the past with hitting their targets. For example they were one of the six EU countries that did not reduce their emissions in the period 1990-2017. (4)
Everyone has the opportunity to choose the more environmentally friendly means of transport in everyday life, but also on their next trip. Compared to an express train or long-distance bus, an airplane produces more than seven times the CO2 emissions per 100 km. (5)
Instead of 1479 kg of Co2 per person, we caused 176.9 kg of Co2 per person on our trip. That is less than an eighth of the Co2 emissions that we would have caused if we had traveled by plane.
The cheapest flight at the time would have produced 1479 kilos of Co2. This would have flown from Vienna via Warsaw to Bergen. Our journey back would have taken us to Vienna via Oslo and Bucharest. Besides, it would only have cost us a third.
In comparison, each person only has a total climate account of 2000kg CO2 per person. (6) But in comparison a resident of Germany produces an average of 7.9 tons of carbon dioxide. (7)
Everyone can change something with their behavior and purchase decisions. We hope for a stronger climate policy and a fairer taxation of air travel.
If you want to get active, have a look at protectourwinters.at or flightfree.world.
Here you can calculate your carbon footprint: www.co2-rechner.at
We recommend this calculator for traveling:  https://www.quarks.de/umwelt/klimawandel/co2-rechner-fuer-auto-flugzeug-und-co/
Quellen:
1 https://wiki.bildungsserver.de/klimawandel/index.php/2-Grad-Ziel
2 https://www.umweltbundesamt.at/news210119/ausblick-klimaziele-2020-und-2030
3 https://www.oesterreich.gv.at/themen/bauen_wohnen_und_umwelt/klimaschutz/1/Seite.1000310.html
4 https://kurier.at/politik/inland/oesterreich-drohen-milliarden-kosten-wegen-verfehlter-klimaziele/401353355
5 https://www.quarks.de/umwelt/klimawandel/co2-rechner-fuer-auto-flugzeug-und-co/
6 https://www.greenpeace.de/co2fussabdruck
7 https://de.statista.com/statistik/daten/studie/153528/umfrage/co2-ausstoss-je-einwohner-in-deutschland-seit-1990/ 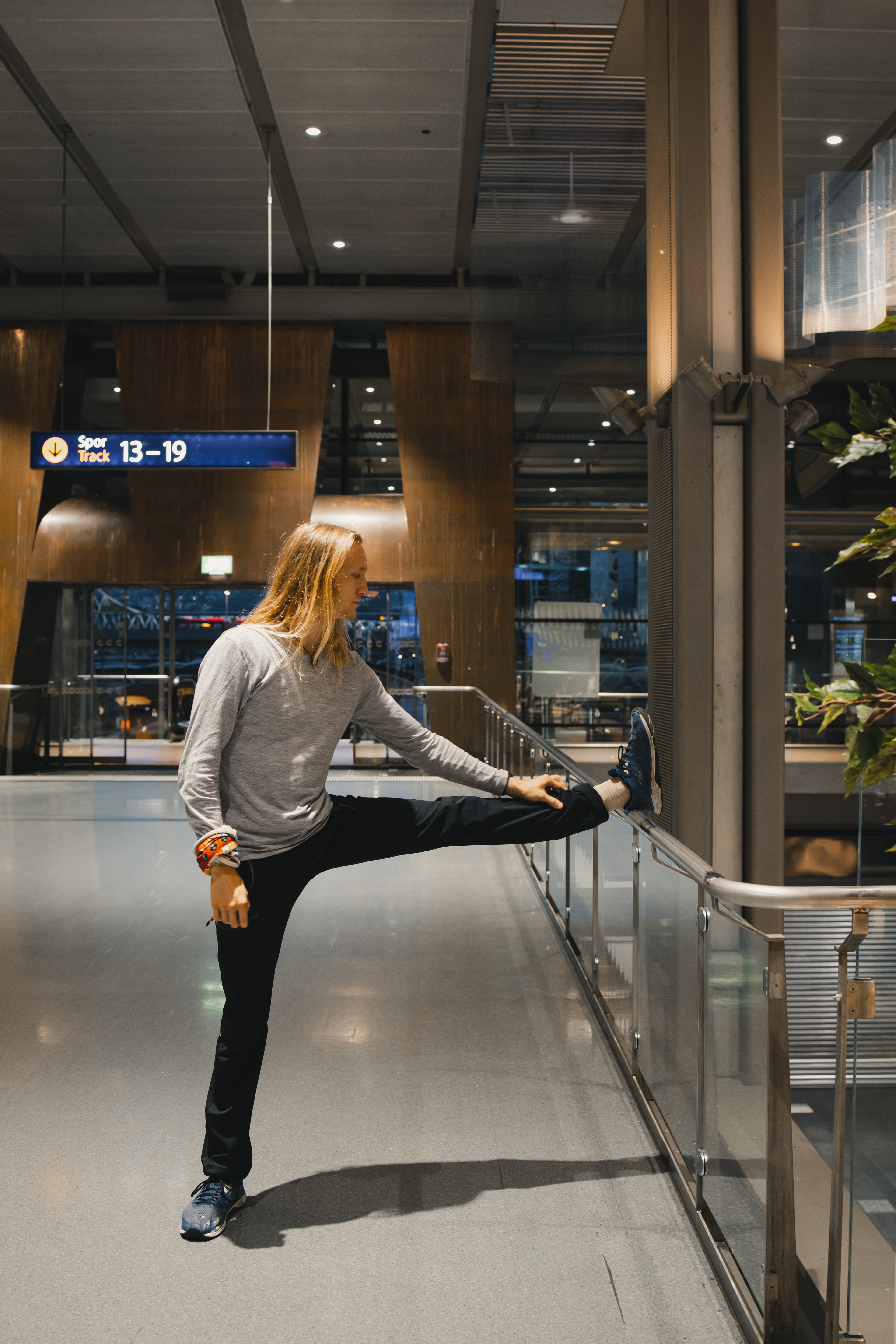 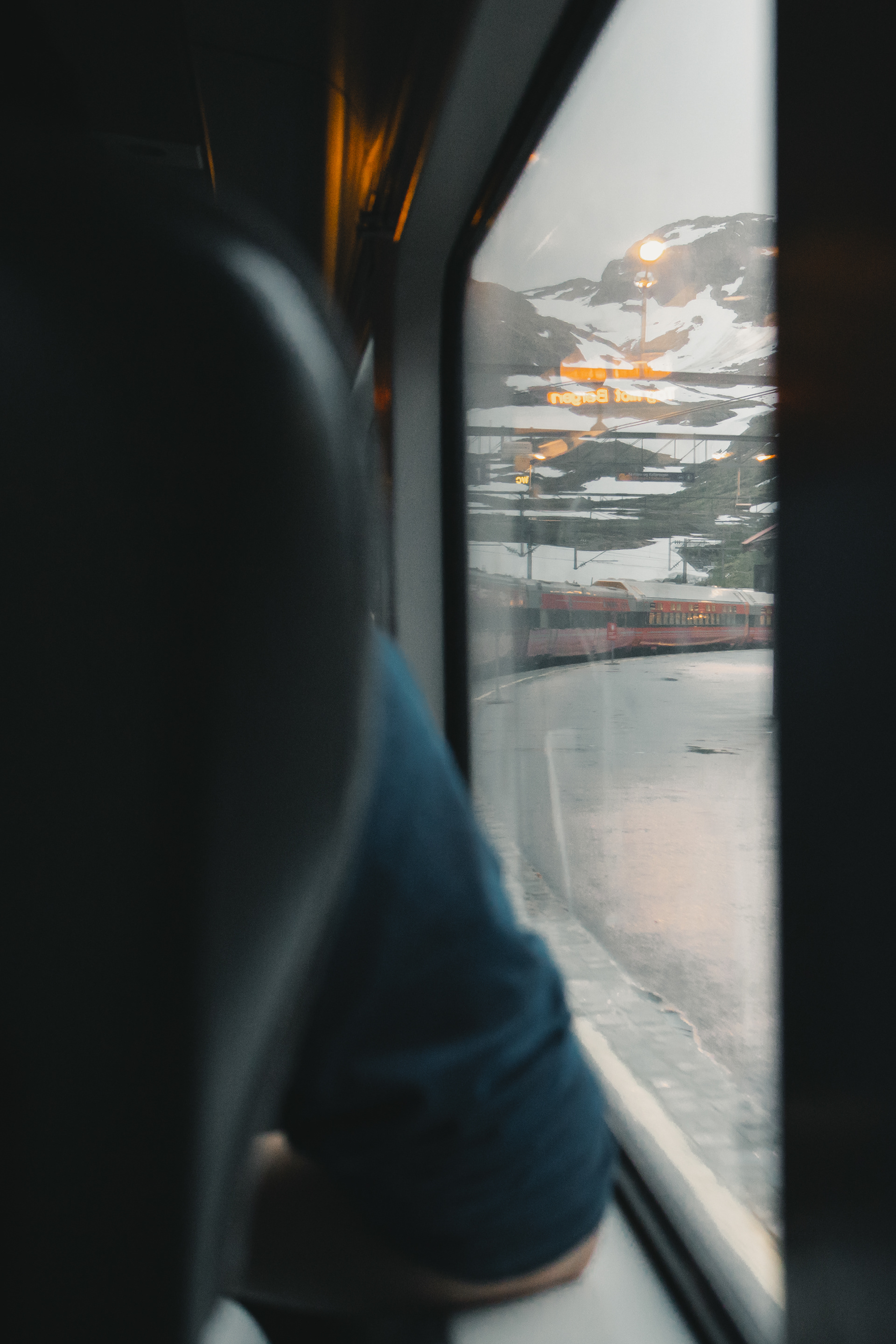 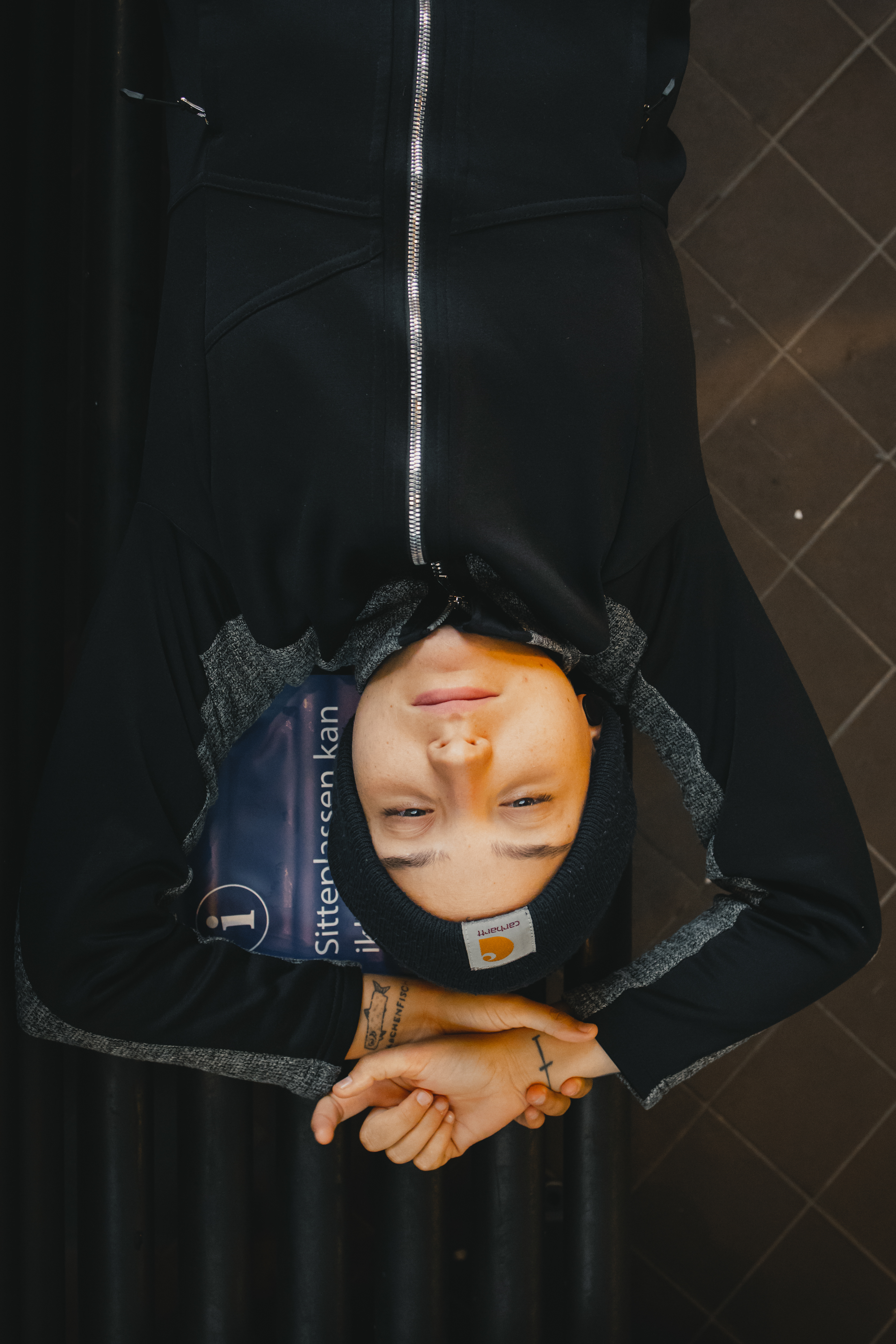